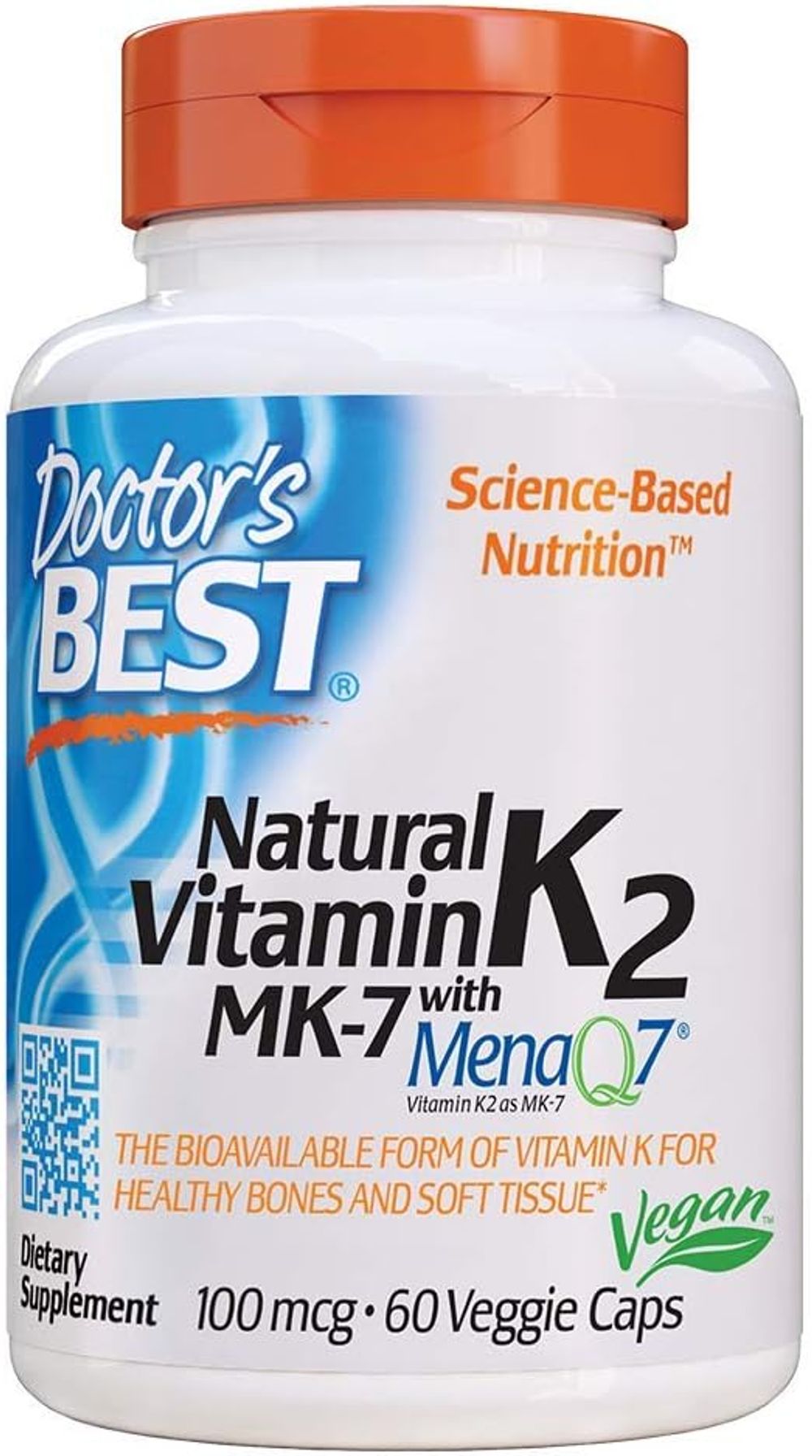 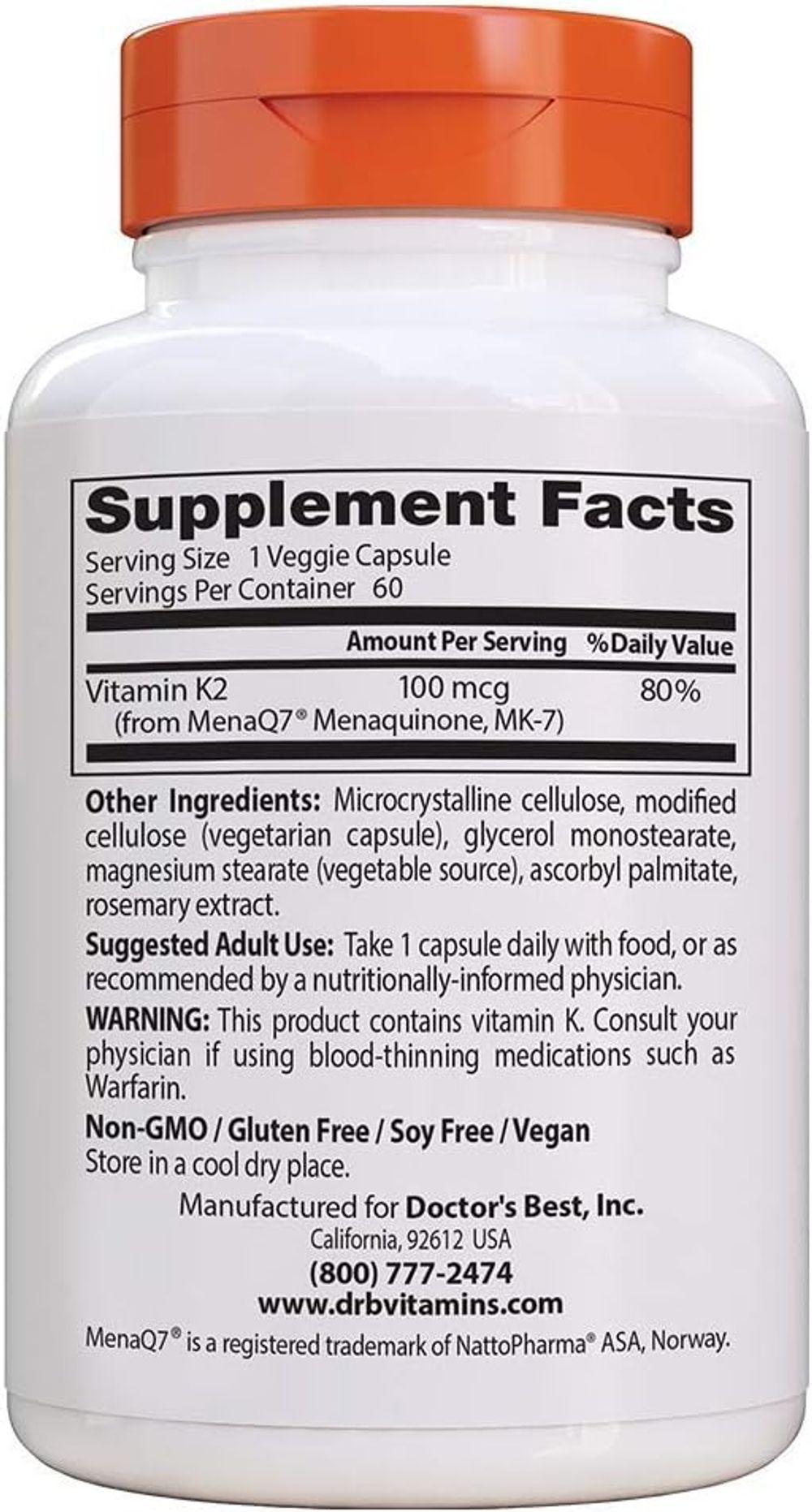 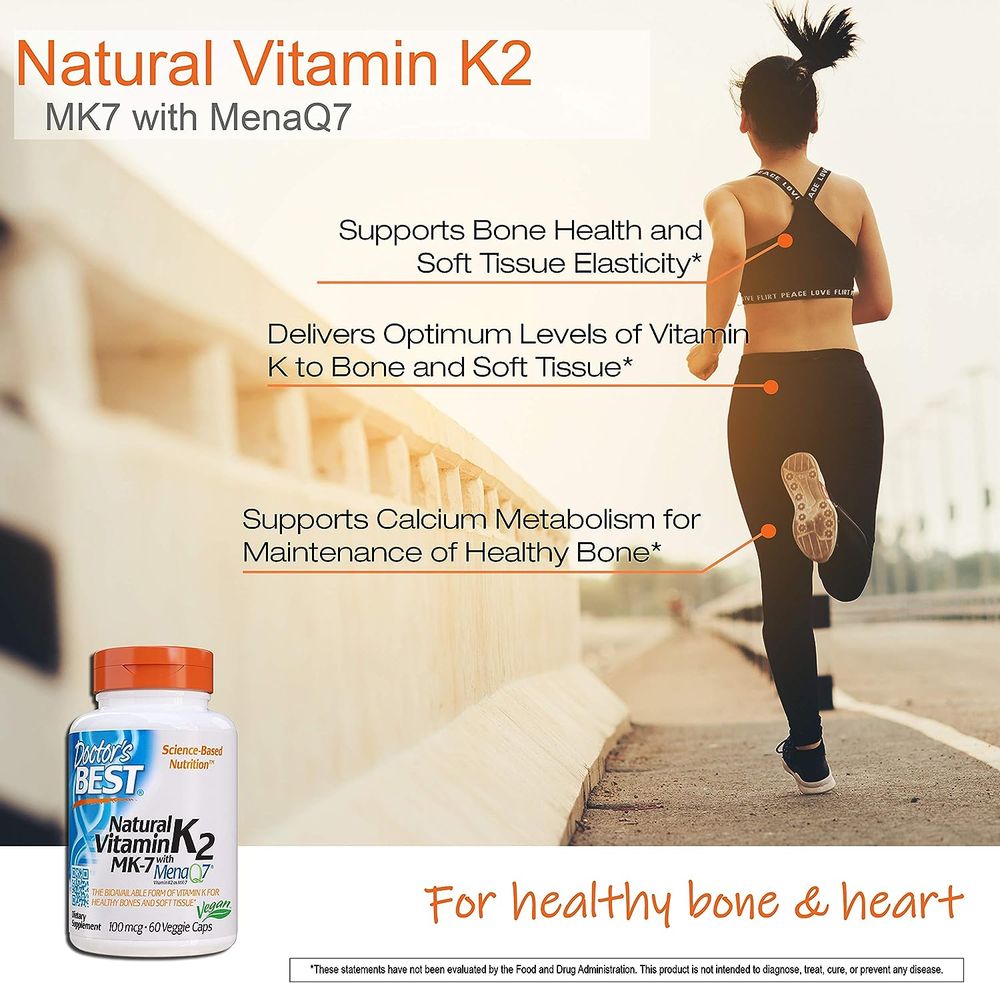 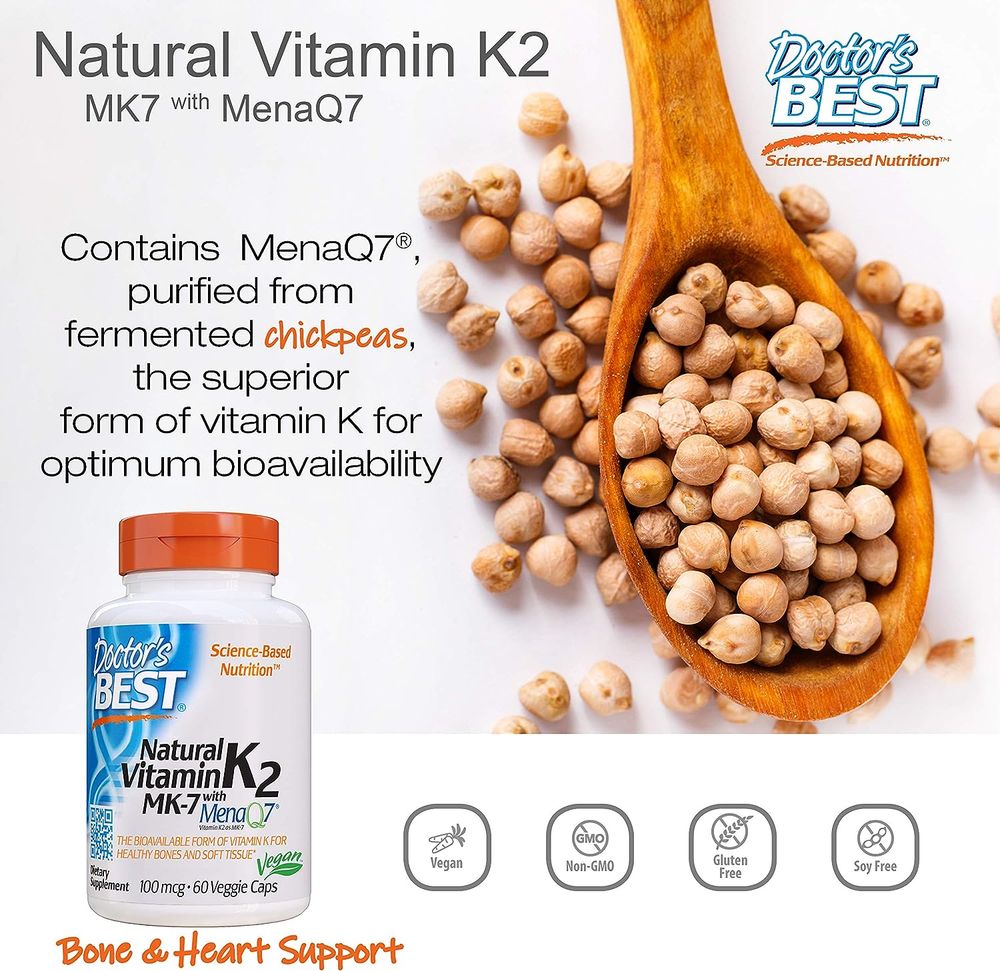 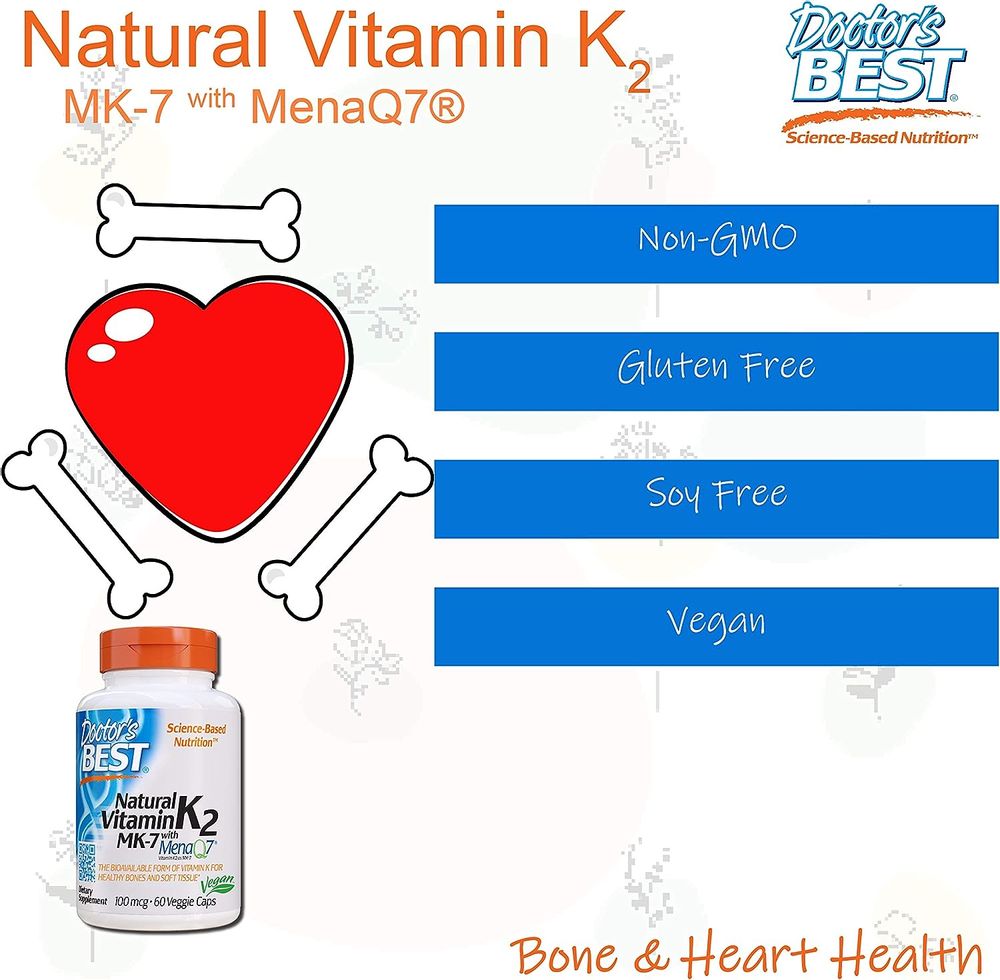 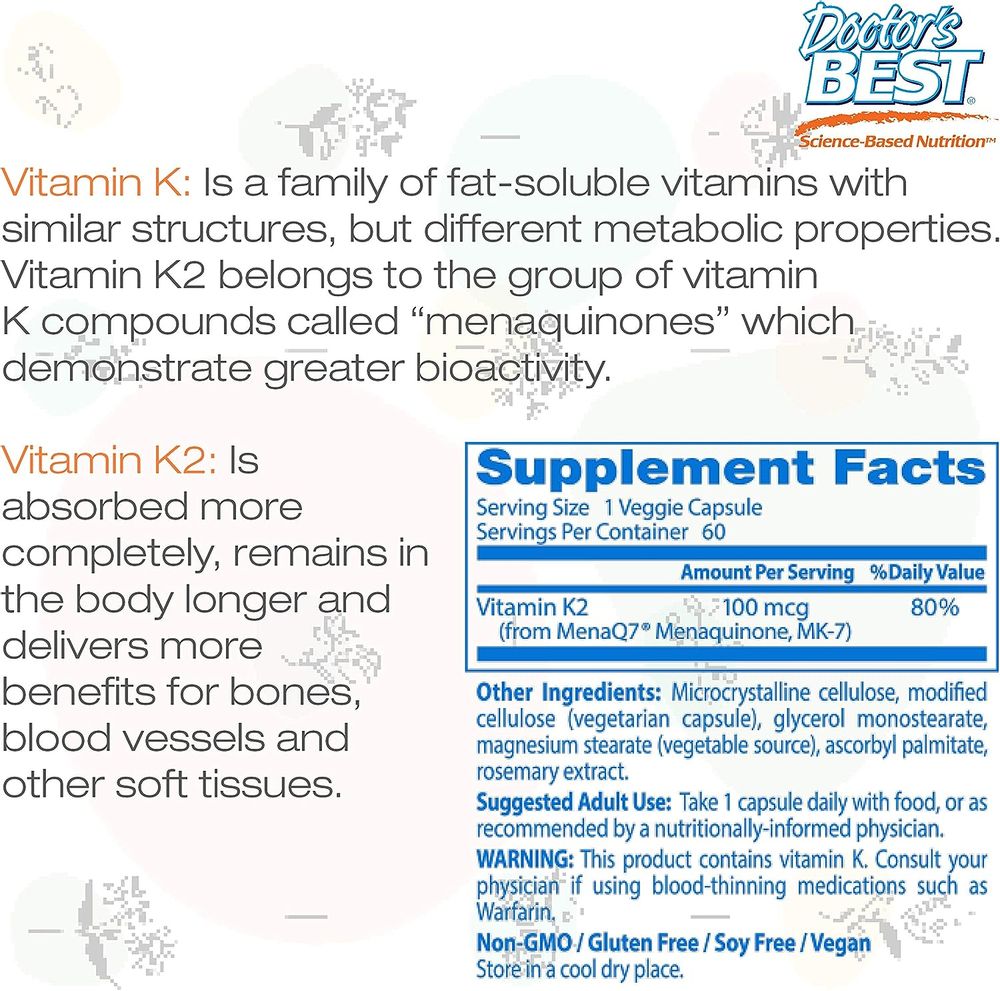 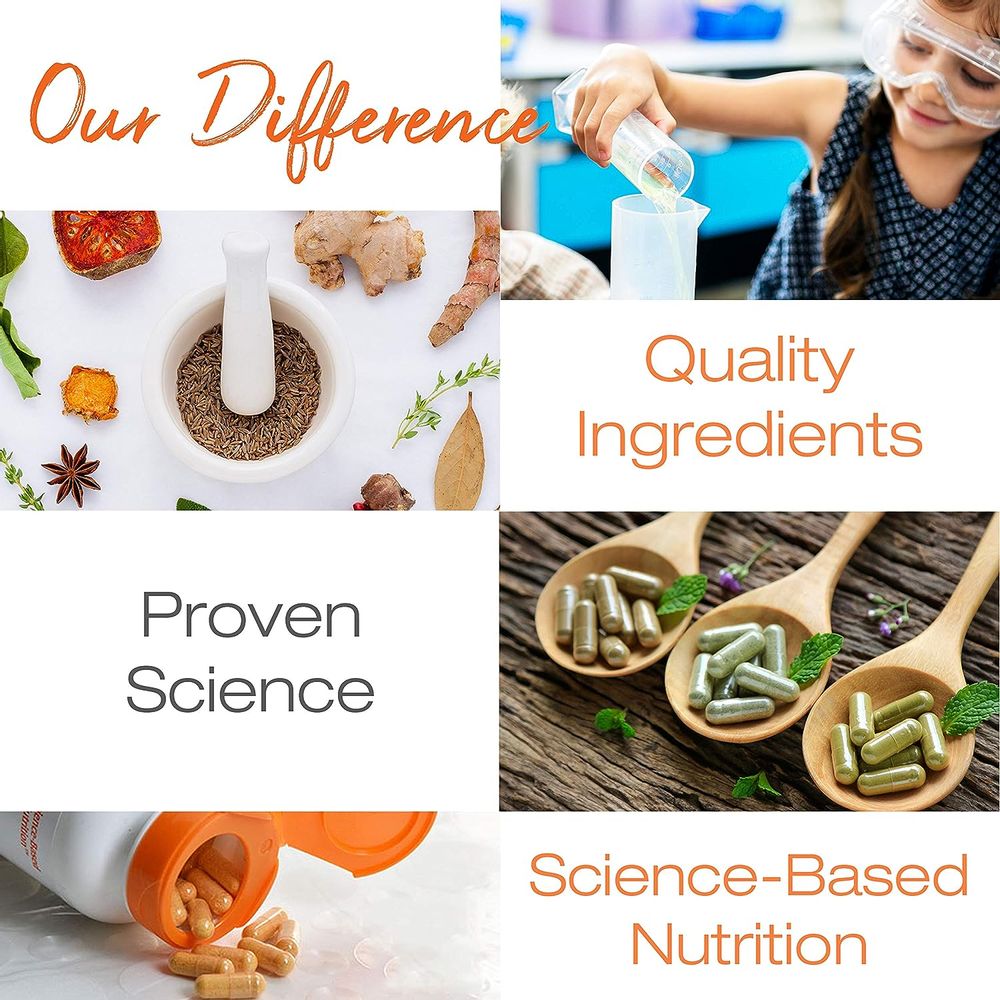 What is Doctor’s Best Natural Vitamin K2 MK7 with MenaQ7?

How does it work?

Vitamin K, a fat-soluble vitamin, is primarily known for its role in regulating blood coagulation. Vitamin K exists in two major forms: phylloquinone and the menaquinones. Phylloquinone, designated as vitamin K1, is the major dietary form in food. Menaquinones are designated as vitamin K2 and are named MK-7, MK-8 and MK9, according to the length of structurally related molecular side chains attached to the parent molecule. Fermented foods contain substantial amounts of K2 and MK-7 is the primary menaquinone found in fermented foods. MK-7 contributes to optimum vitamin K storage in the body, and functions more effectively as a co-factor for the activation of osteocalcin which is critical for bone strength. A large-scale study on vitamin K intakes among 5,000 Dutch persons suggests that vitamin K2 may help maintain blood vessels.* Compared to those in the low vitamin K2/menaquinone group, subjects at the highest consumption level of vitamin K2 had substantially superior heart health. Similar associations were not seen for vitamin K1.

Natural vitamin K2 MK-7 with Menaq7 provides the superior form of vitamin K for optimum bioavailability and delivery to the body. Vitamin K isn’ T one vitamin, it’ S A family of fat-soluble vitamins with similar chemical structures but different metabolic properties. K2 belongs to a group of vitamin K compounds called Menaquinone, which show greater bioactivity when compared to K1, the ordinary supplemental form. K2 is absorbed more completely, remains in the body longer and delivers more benefits for bones, blood vessels and other soft tissues.*