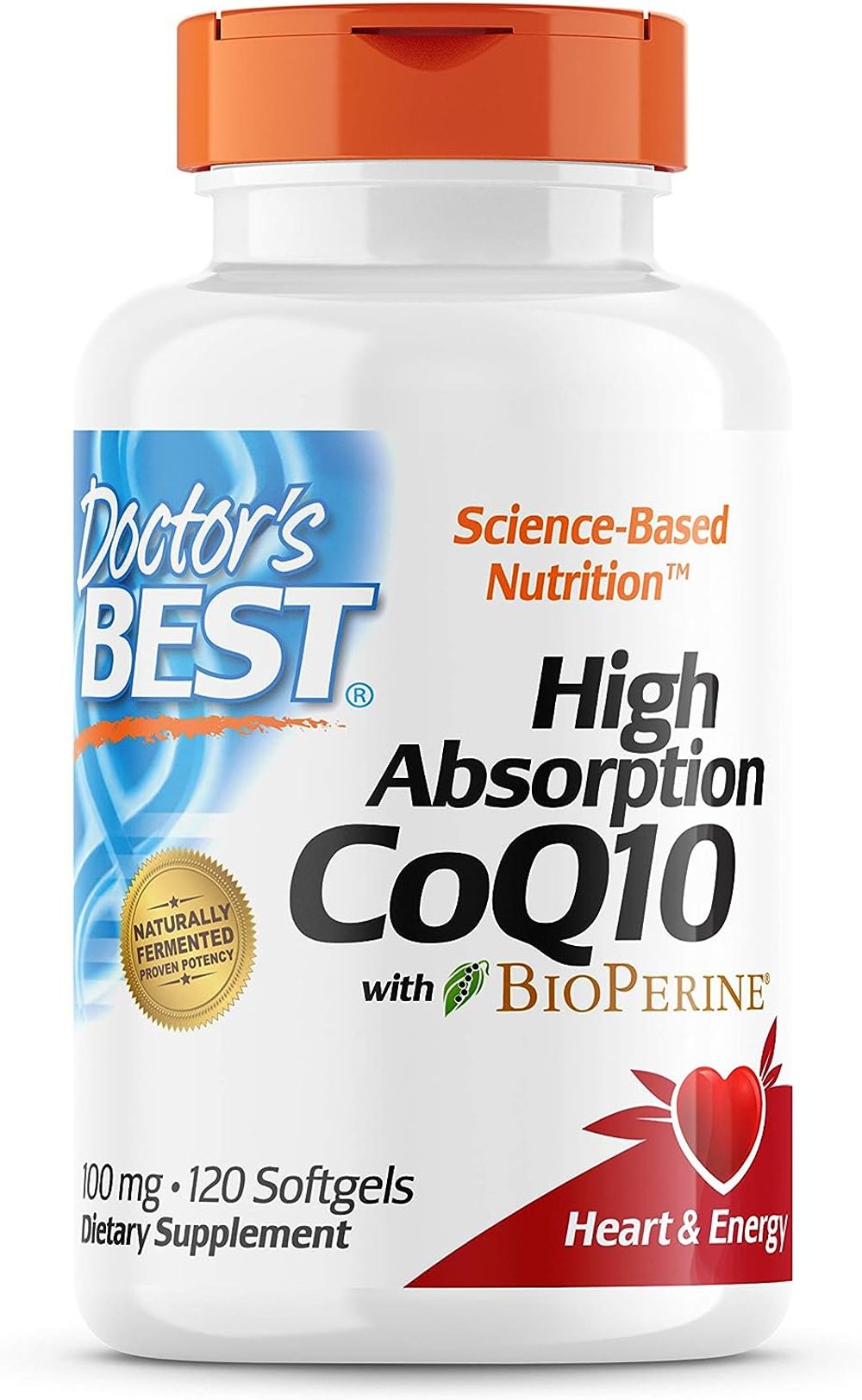 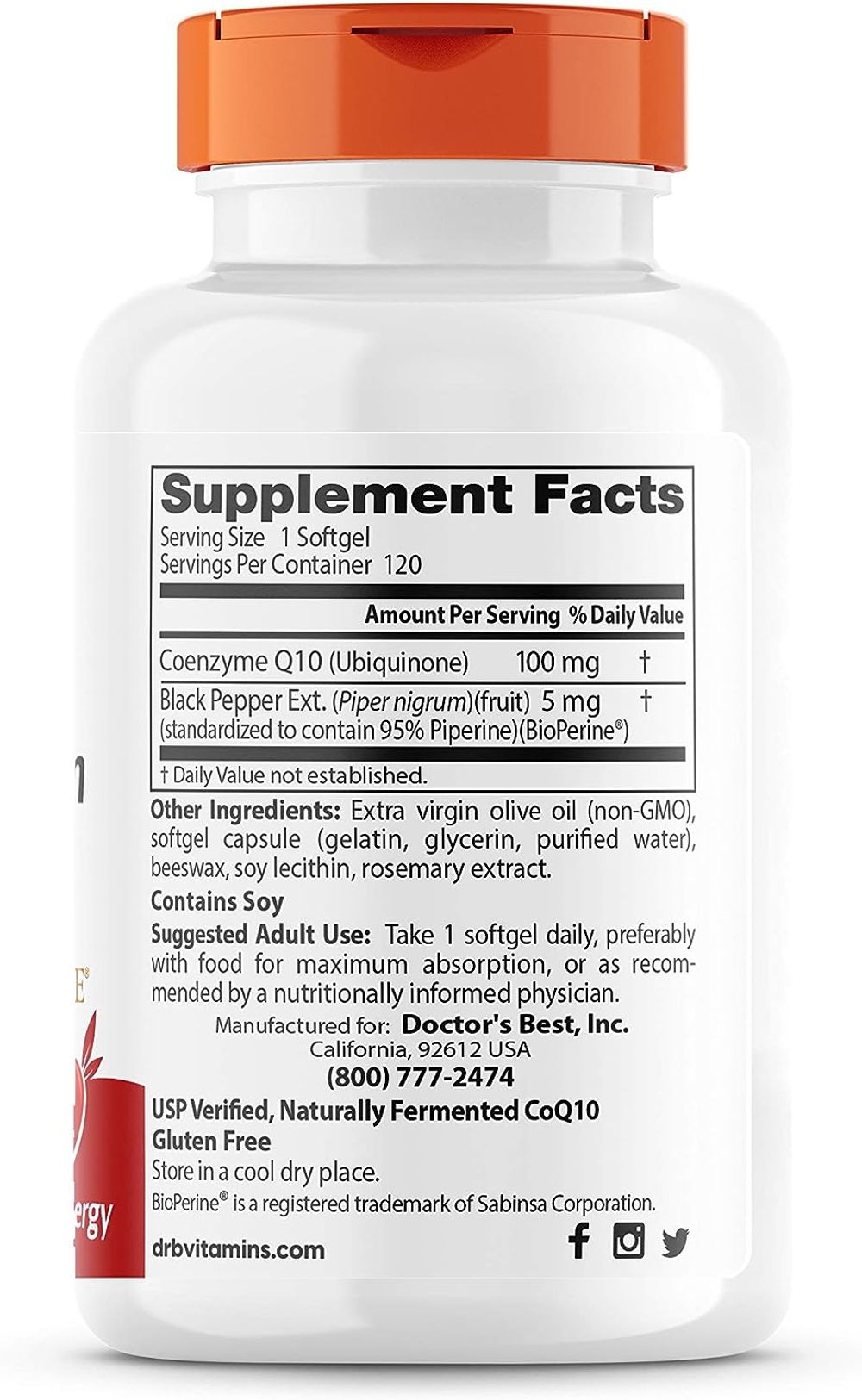 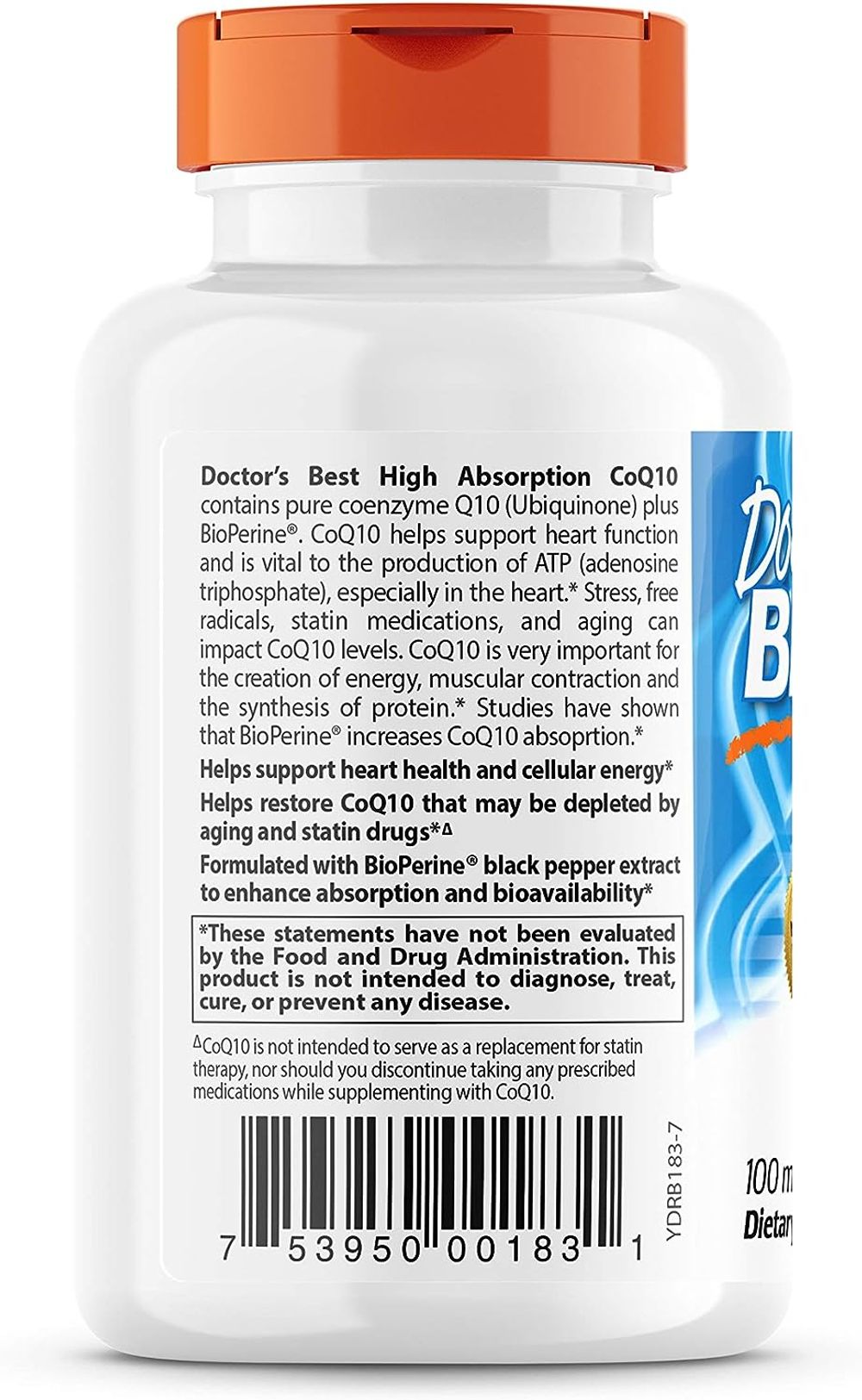 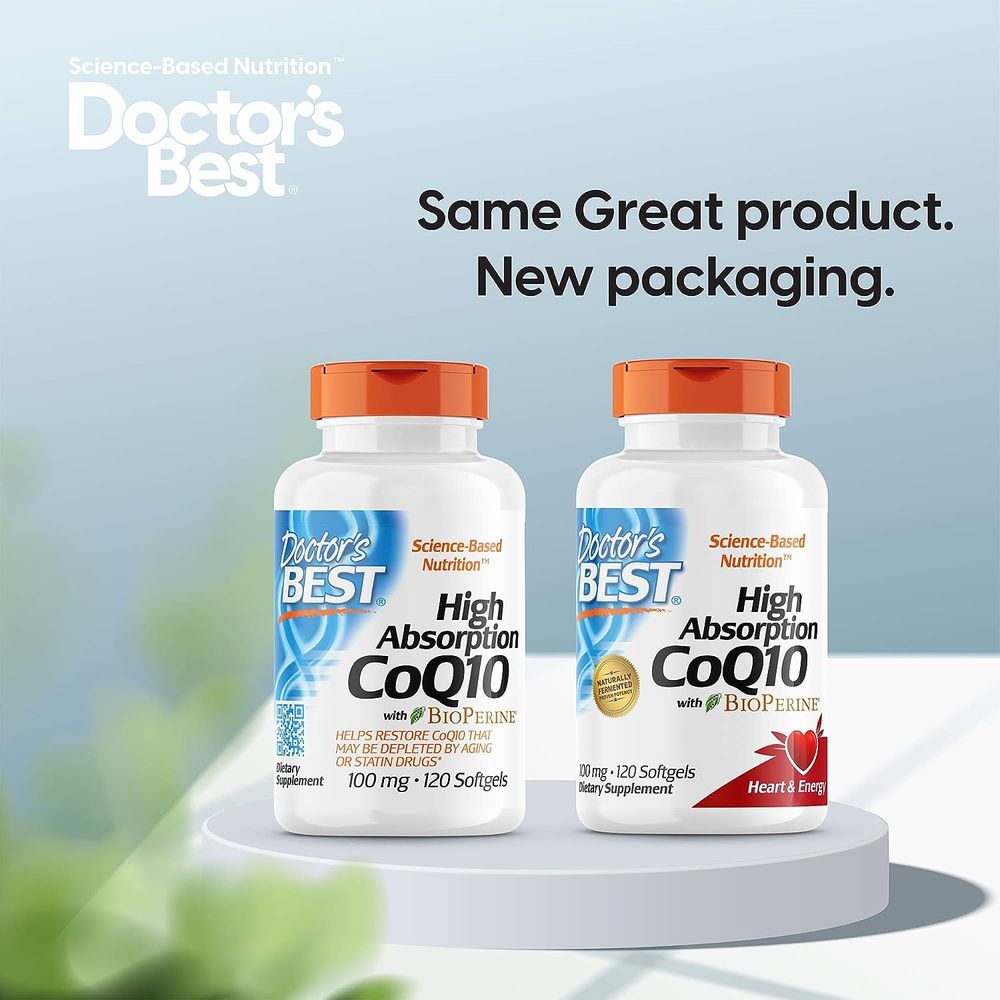 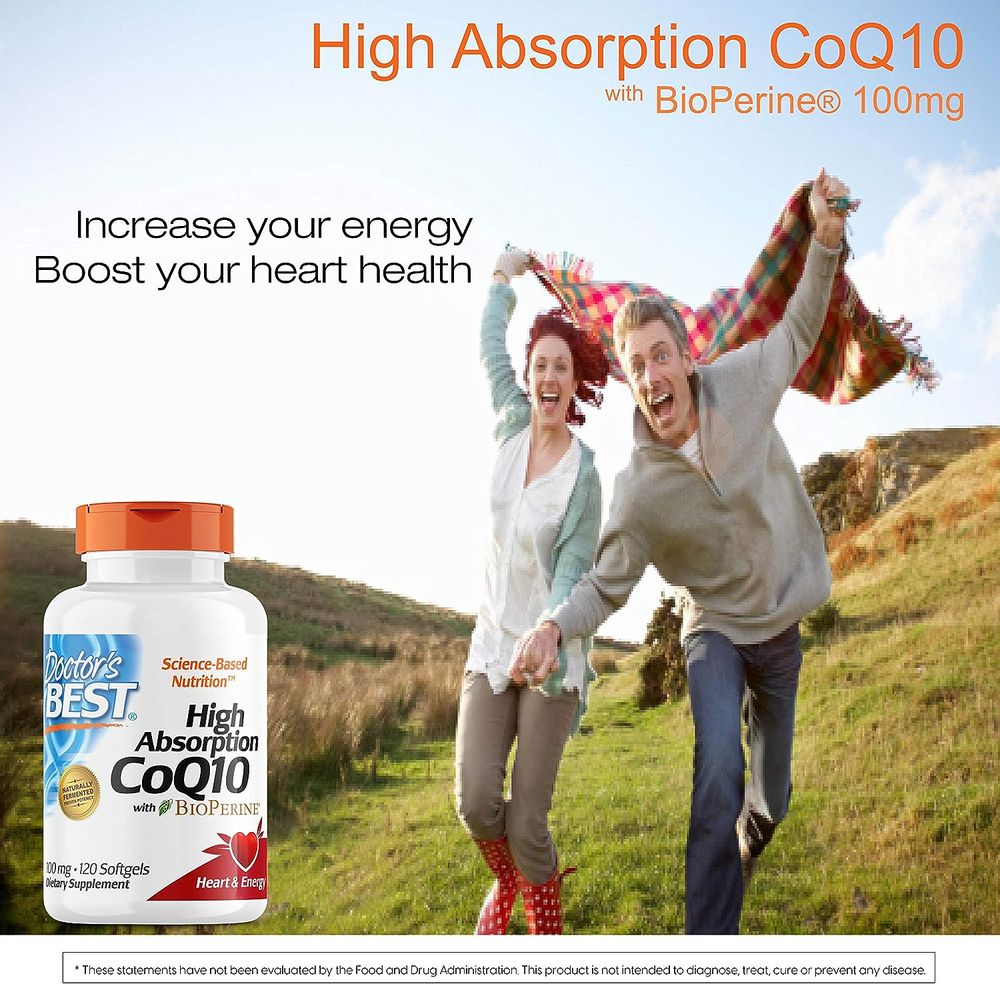 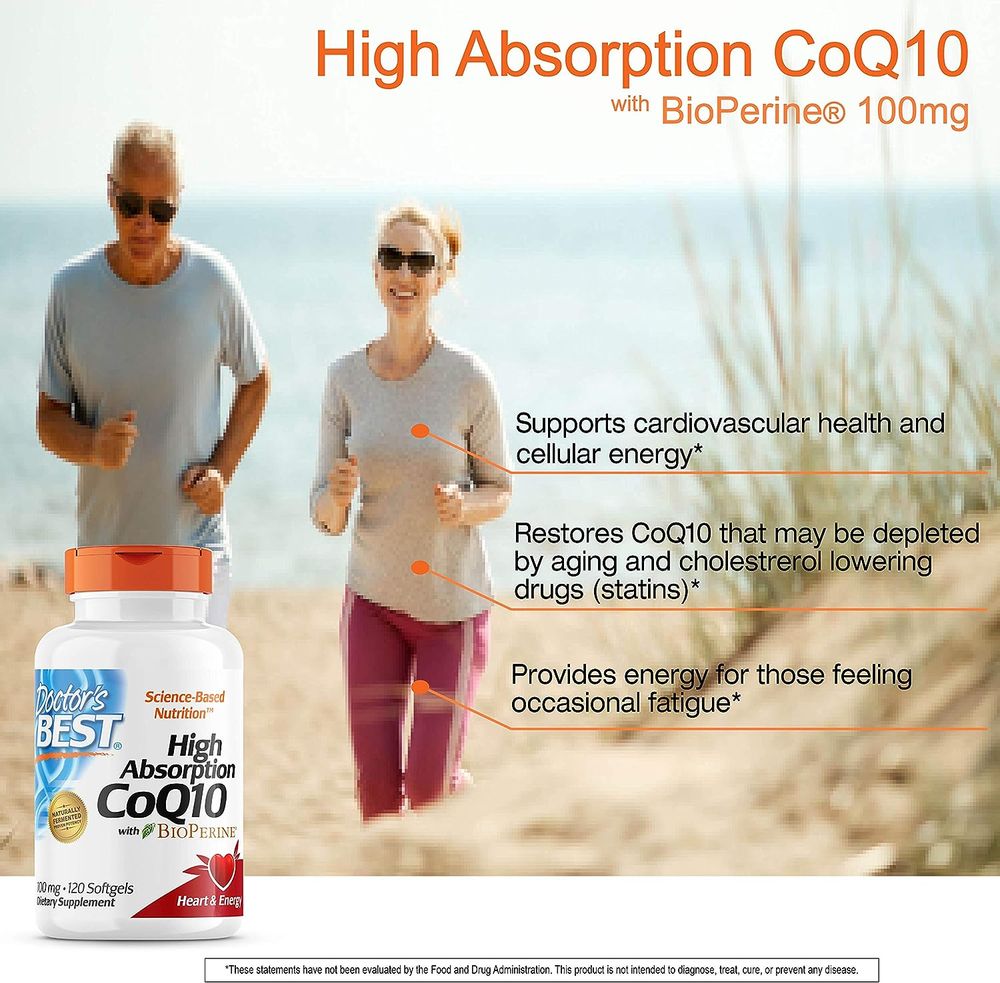 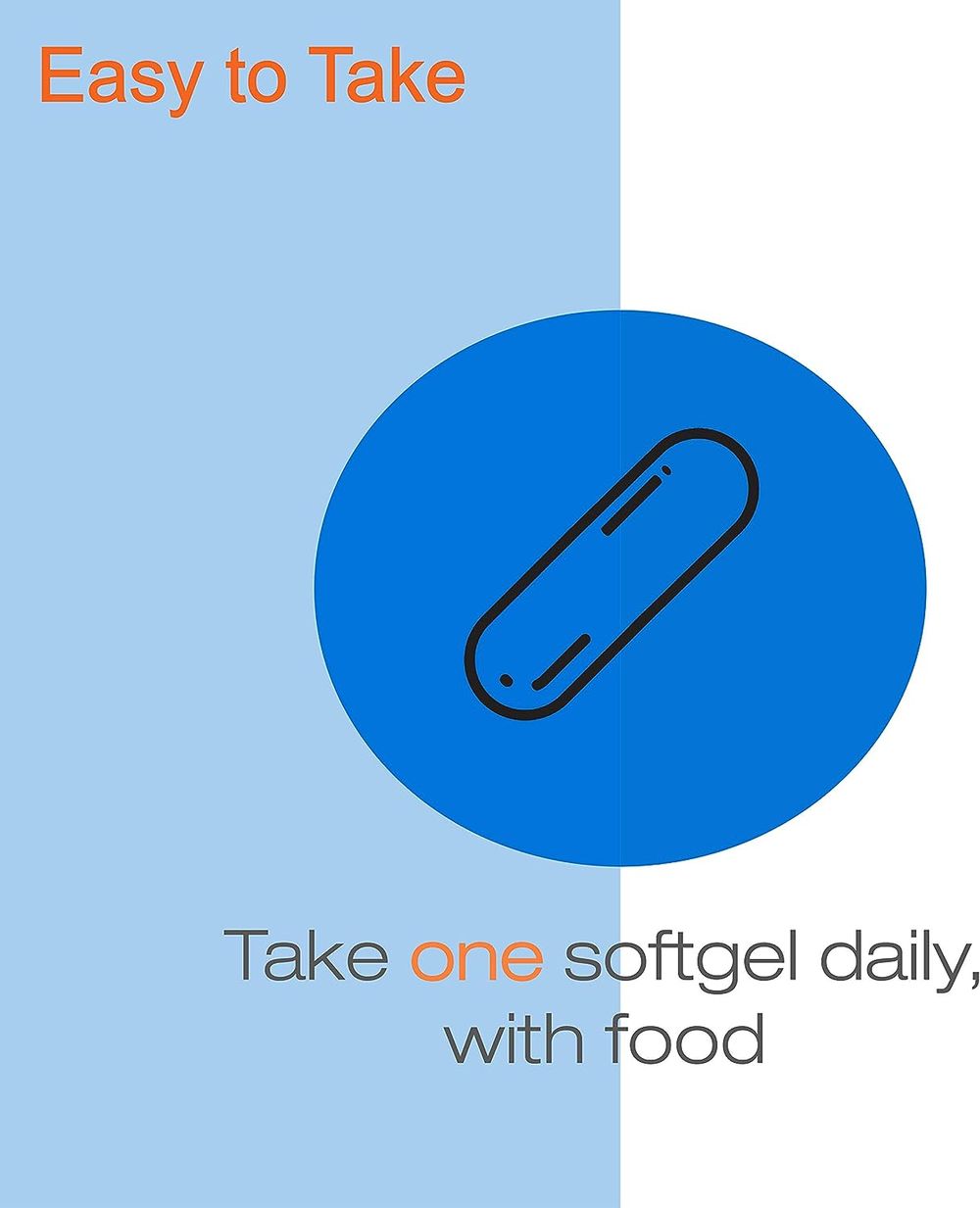 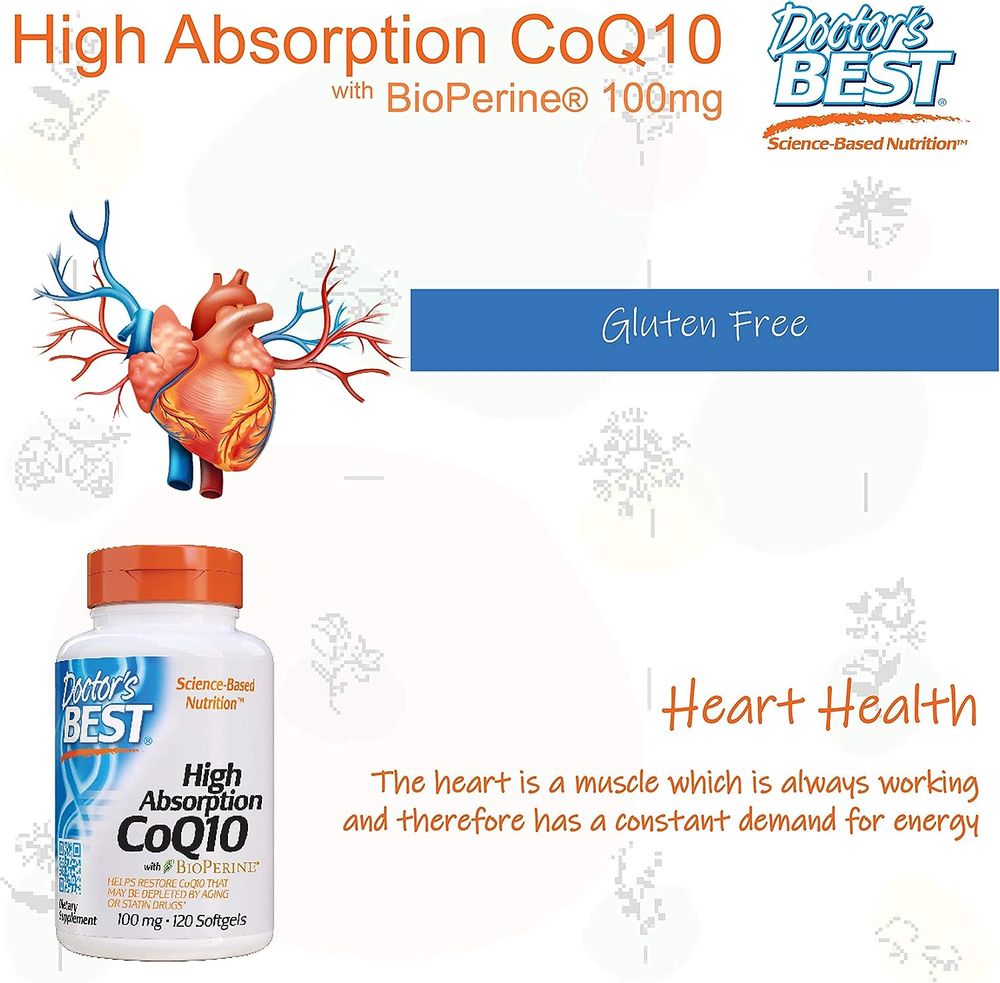 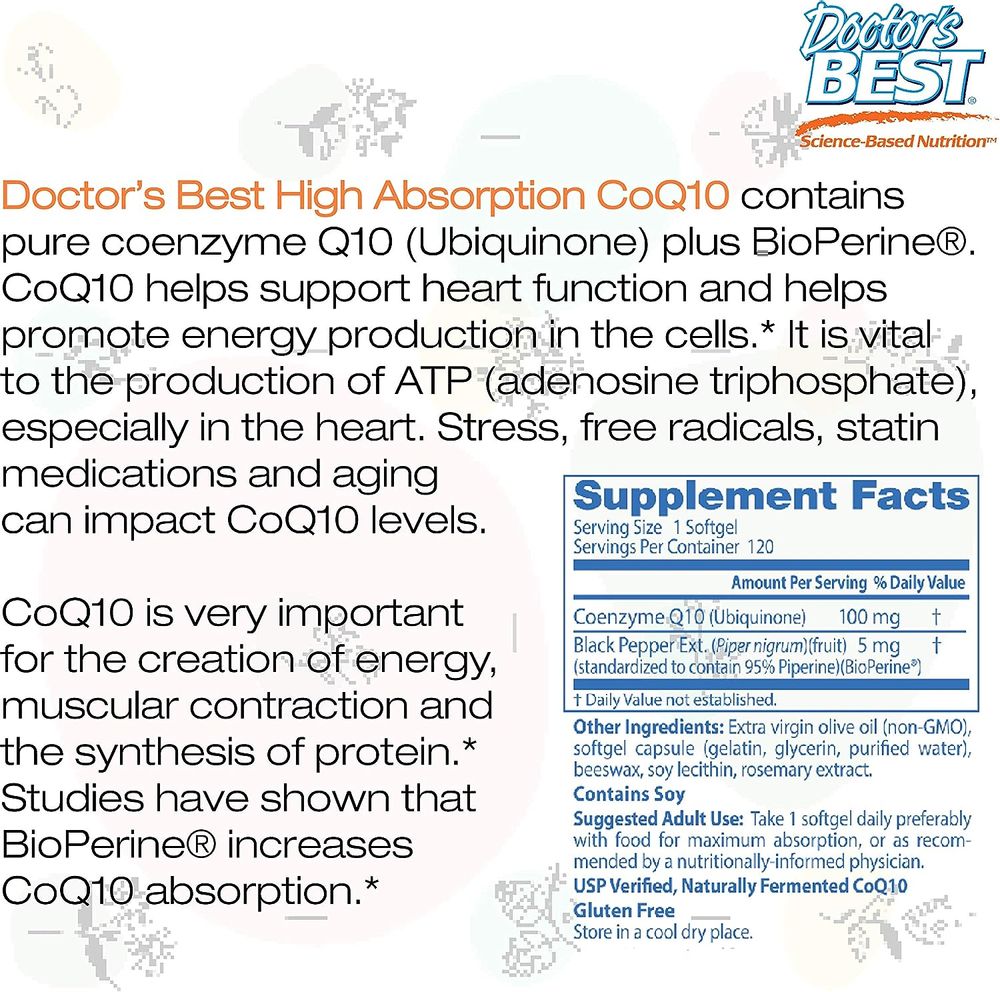 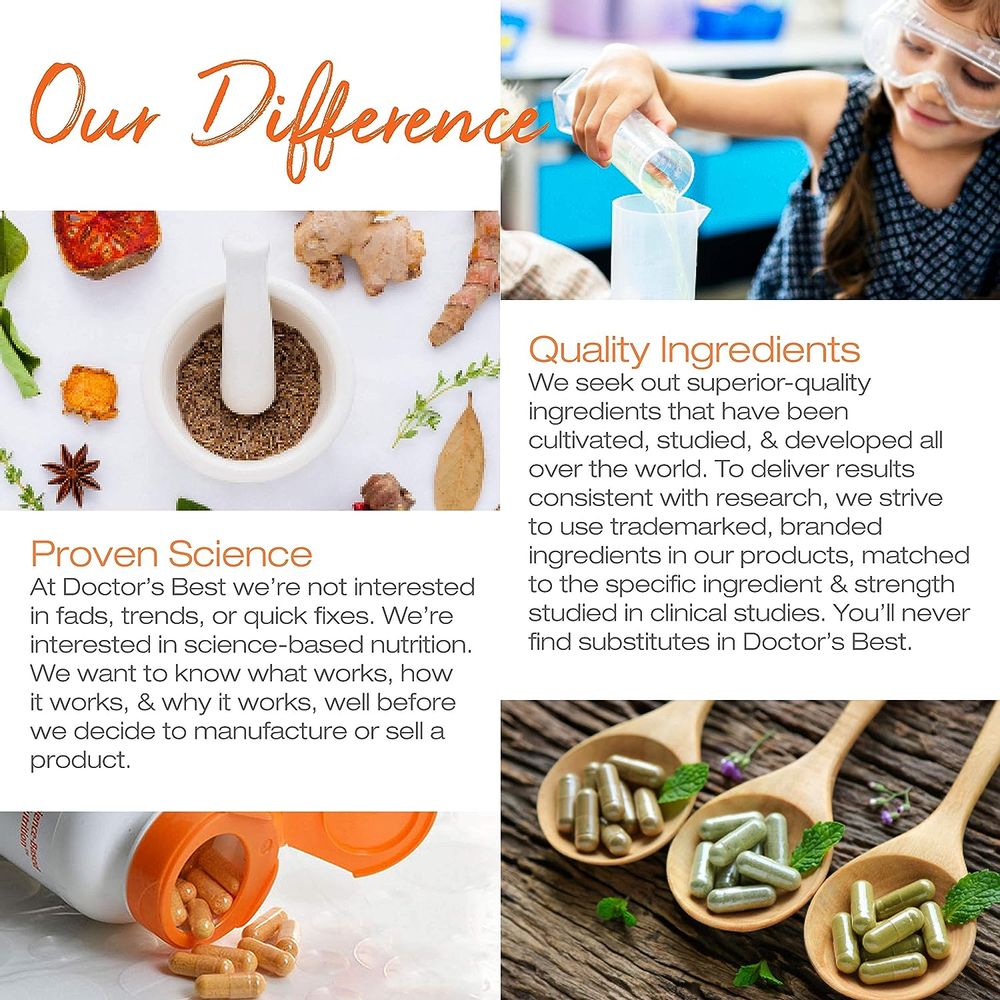 *These statements have not been evaluated by the FDA. This product in not intended to diagnose, treat, cure or prevent any disease.

Stress, free radicals, statin medications and aging can impact CoQ10 levels. CoQ10 is very important for the creation of energy, muscular contraction and the synthesis of protein.* Studies have shown that BioPerine** increases CoQ10 absorption.*

Due to the extraordinary energy requirements of our hardworking heart, the highest concentration of CoQ10 is found in heart muscle tissue. CoQ10 is known to support the heart through mitochondrial bioenergetics, the process of cellular energy transformation. Several studies have highlighted the efficacy of oral CoQ10 in improving functional capacity, endothelial function, and myocardial ventricular contractility in individuals with heart problems. On top of this, CoQ10 helps to promote overall cardiovascular health by confronting oxidative stress in heart and endothelial (blood vessel wall) cells.* CoQ10 has also been shown to modulate oxidation rates of key lipids during supplementation. This type of antioxidant activity may enhance the structural integrity of lipids and supporting healthy blood vessels and circulation, potentially creating a more favorable cardiovascular environment.

Statins are a class of lipid-lowering medications widely used in modern medicine to reduce cholesterol levels and improve cardiovascular health. Studies have demonstrated that one of the side effects of statins was the lowering body’s levels of endogenous CoQ10. Several studies have demonstrated statin-induced CoQ10 loss may be reversed with CoQ10 supplementation without having an adverse impact on the cholesterol-lowering property of statin medication. More, the oral supplementation of CoQ10 could be beneficial in lessening some side effects of statins.*

In terms of bioenergetics, CoQ10 supplementation acts to preserve energy turnover in mitochondria—our cellular powerhouses—by keeping ATP synthesis at optimal levels. Maintenance of normal energy utilization and supply is crucial for maintaining the cell’s ideal biochemical state. However, this ideal biochemical state may be compromised during the natural course of aging. Although the exact mechanism of the aging process is still unclear, several studies have come to the conclusion that CoQ10 may be involved in age-related alterations of membrane cells and tissues because of its key roles as an electron carrier in mitochondrial bioenergetics and lipophilic antioxidant: CoQ10 deficiency may impair mitochondrial energy production and increase production of reactive oxygen species. Based on several studies, its natural decline in the aging population may expose individuals to several human ailments.*

Human reproductive capacity also declines with age. Several research studies have been conducted to study the connection between oxidative stress and human reproductive health system. Male reproductive health is associated with the antioxidant capacity of seminal plasma and the potent antioxidant activity of CoQ10. The biosynthesis of CoQ10 in testis leads to high levels of its reduced form QH2 (ubiquinol) in semen which indicates a protective role as a scavenger of reactive oxygen species known to impair sperm cell function.* In the same way, female reproductive health depends on CoQ10 content in follicular fluid and its relationship with oocyte fertilization.

A prospective randomized double-blind placebo-controlled trial was conducted in 443 participants. The controlled group received a combined oral supplementation of selenium and CoQ10. Results showed that supplementation of selenium/CoQ10 reduced cardiovascular mortality therefore highlighting the positive effect of CoQ10 on cardiovascular health.* Similar results were obtained from other clinical trials which led also to the conclusion that CoQ10 could potentially enhance cardiovascular health.*

A clinical study investigated the effects of CoQ10 in patients who were on statin therapy. Results showed CoQ10 daily supplementation significantly enhanced antioxidant enzymes activities and lowered inflammatory markers. The research concluded that patients with cardiovascular problems could benefit from CoQ10 supplementation to increase their antioxidation capacity during statin therapy.* Therefore, CoQ10 supplementation could lead to higher compliance for individuals under statin treatment and consequently provide better quality of life.*

A randomized, placebo-controlled study was conducted to evaluate the impact of CoQ10 on oxidative stress and inflammatory markers in patients who had surgery. Results showed that the oxidative stress and some inflammatory markers levels were significantly decreased and the antioxidant enzymes activity was significantly increased after 12 weeks of CoQ10 supplementation. The study concluded that daily intake of CoQ10 could provide potent antioxidant protection in patients who had surgery.*

In an open, uncontrolled pilot study, young participants with male reproductive problems were given CoQ10 for 6 months. Concentration of CoQ10 in seminal plasma and sperm cells was increased. A direct correlation between CoQ10 concentrations and sperm motility was found and strongly supported a cause/effect relationship. The study concluded CoQ10 could play a positive role in improving sperm motility.* Similar results were found from other studies where CoQ10 supplementation improved semen quality but also had beneficial effect on pregnancy rate.*

A pilot study was conducted to evaluate the antioxidant capacity of seminal plasma of men with reproductive health problems before and after an oral supplementation with CoQ10. Results showed CoQ10 therapy improved semen parameters and antioxidant status. This study highlighted the importance of oxidative stress in male reproductive health and the possibility of the usefulness of CoQ10 supplementation.* Similar results were obtained in another uncontrolled male study that resulted in 45% pregnancies of their women.*