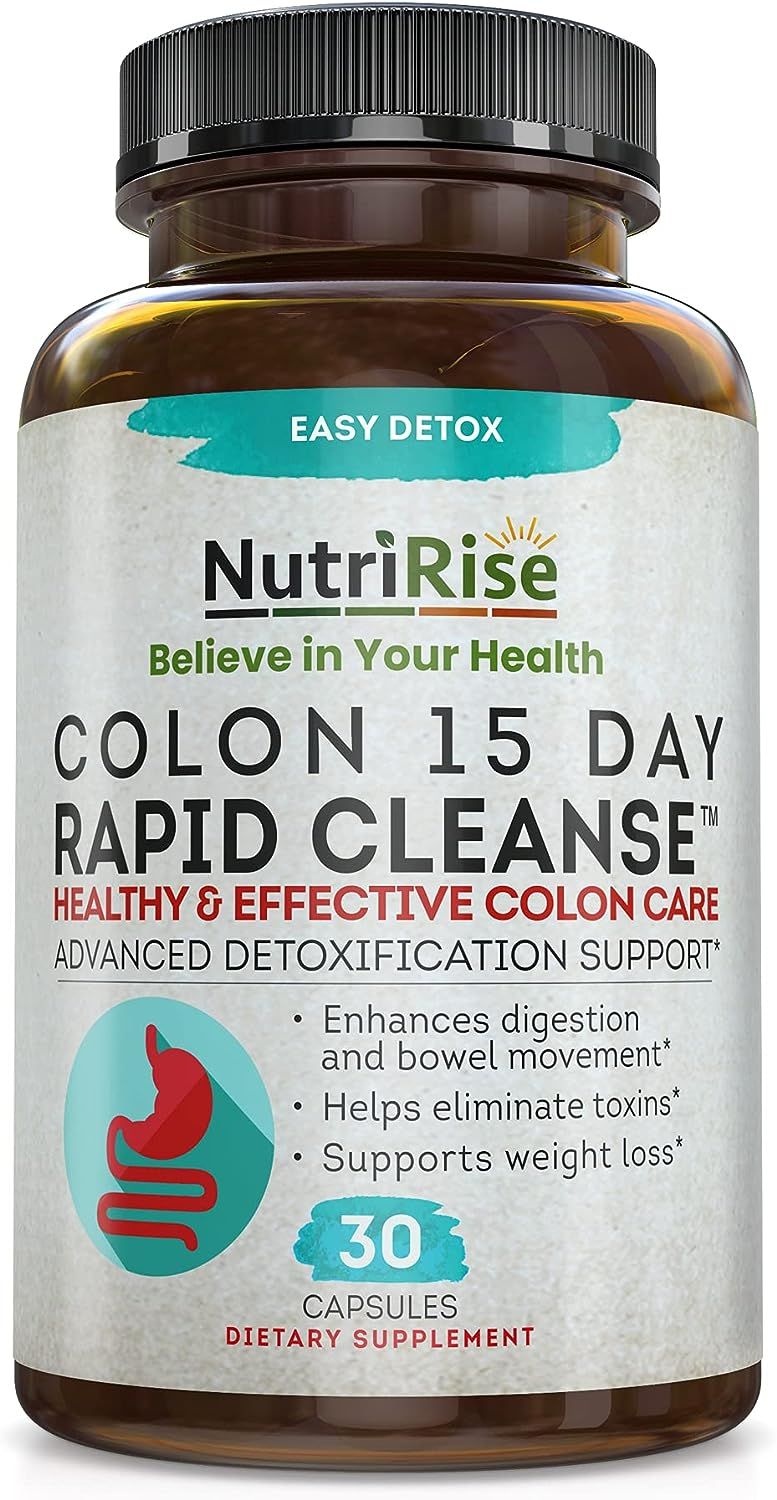 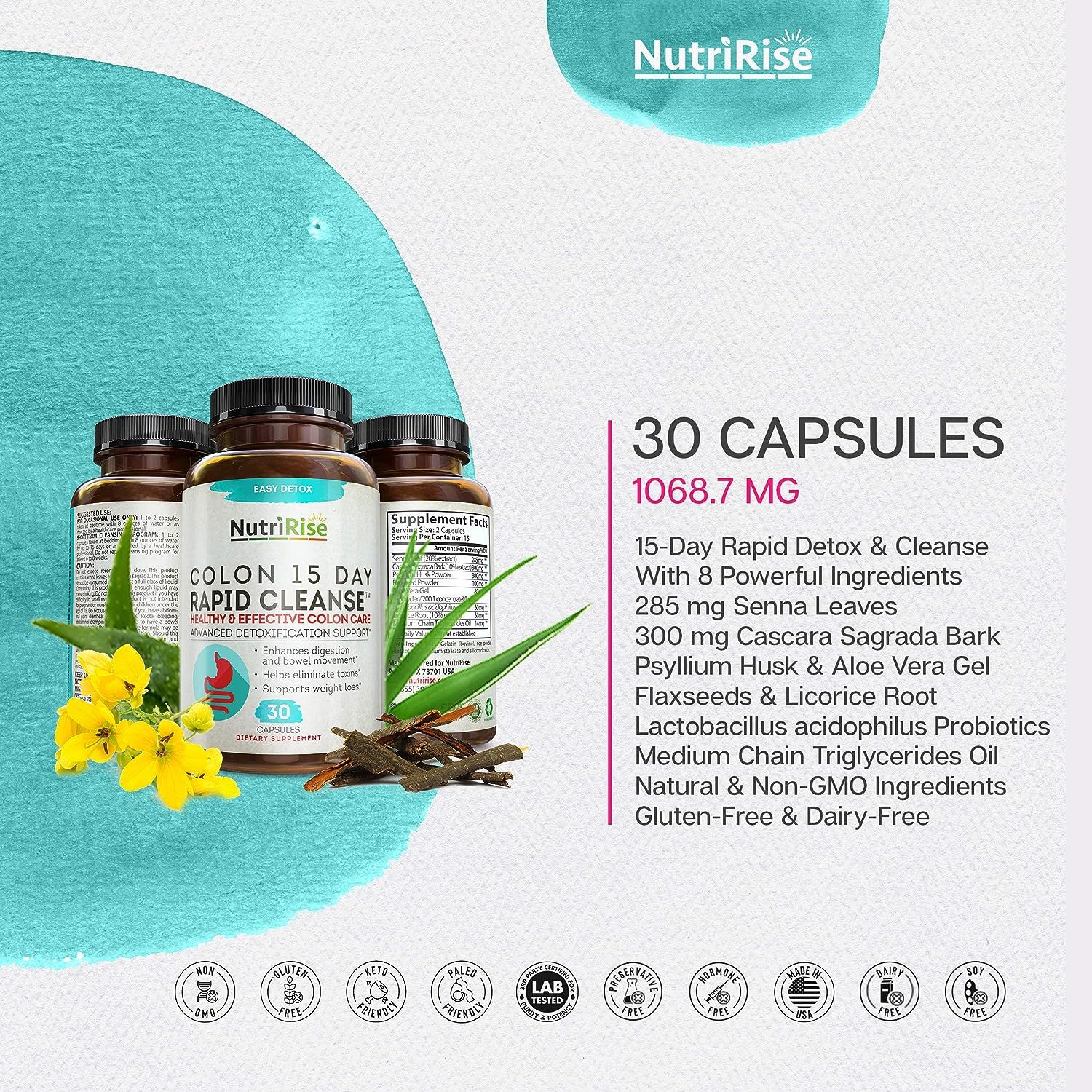 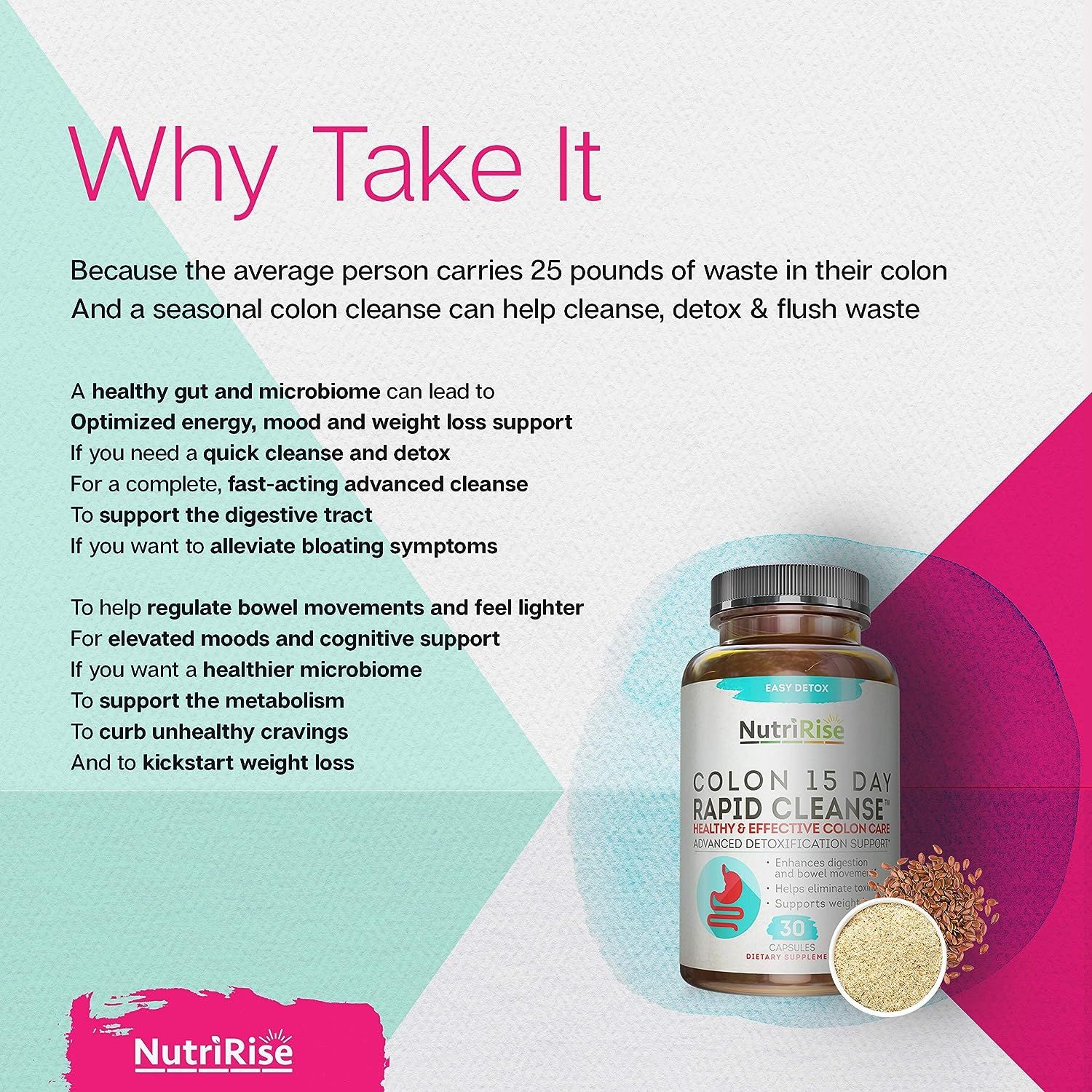 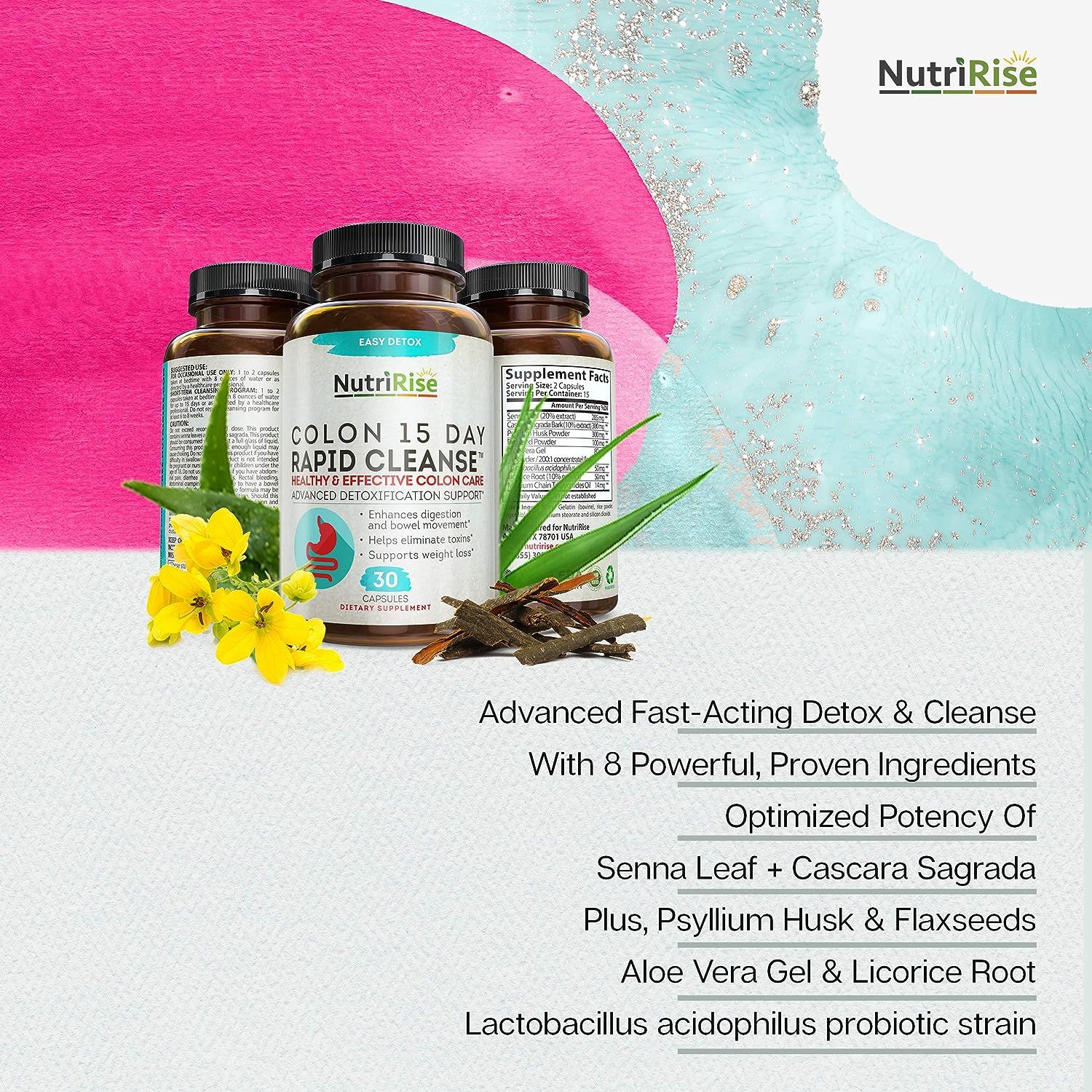 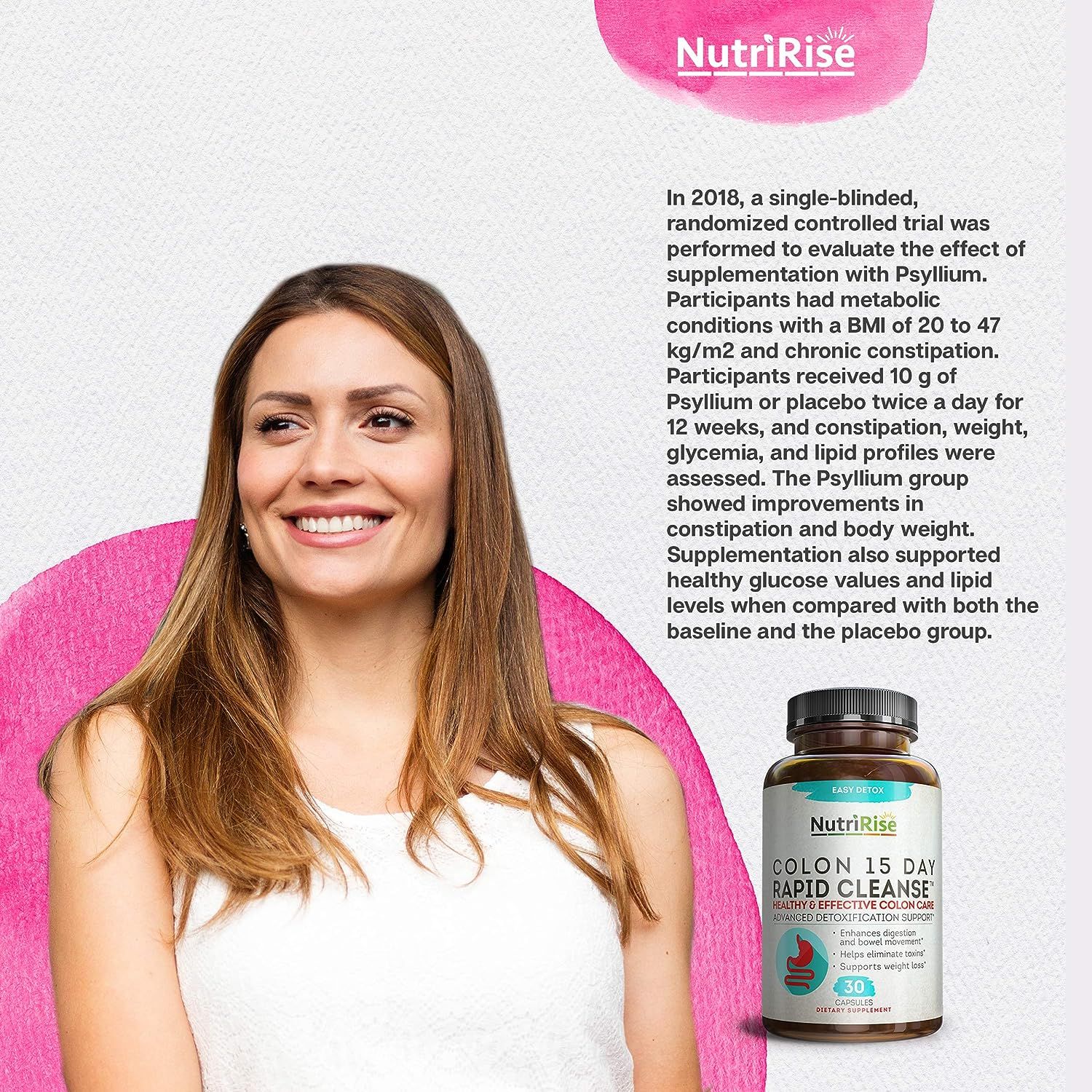 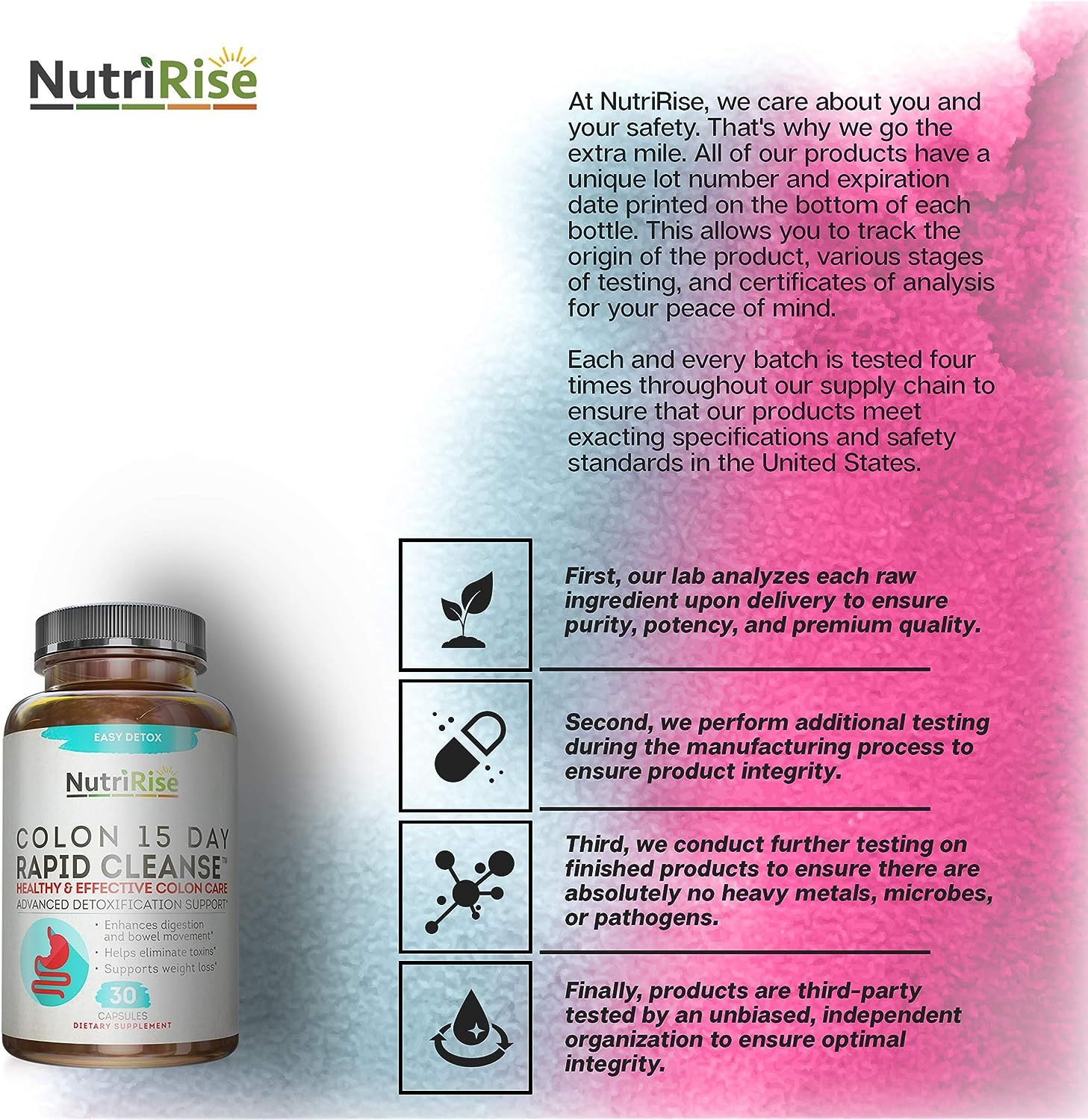 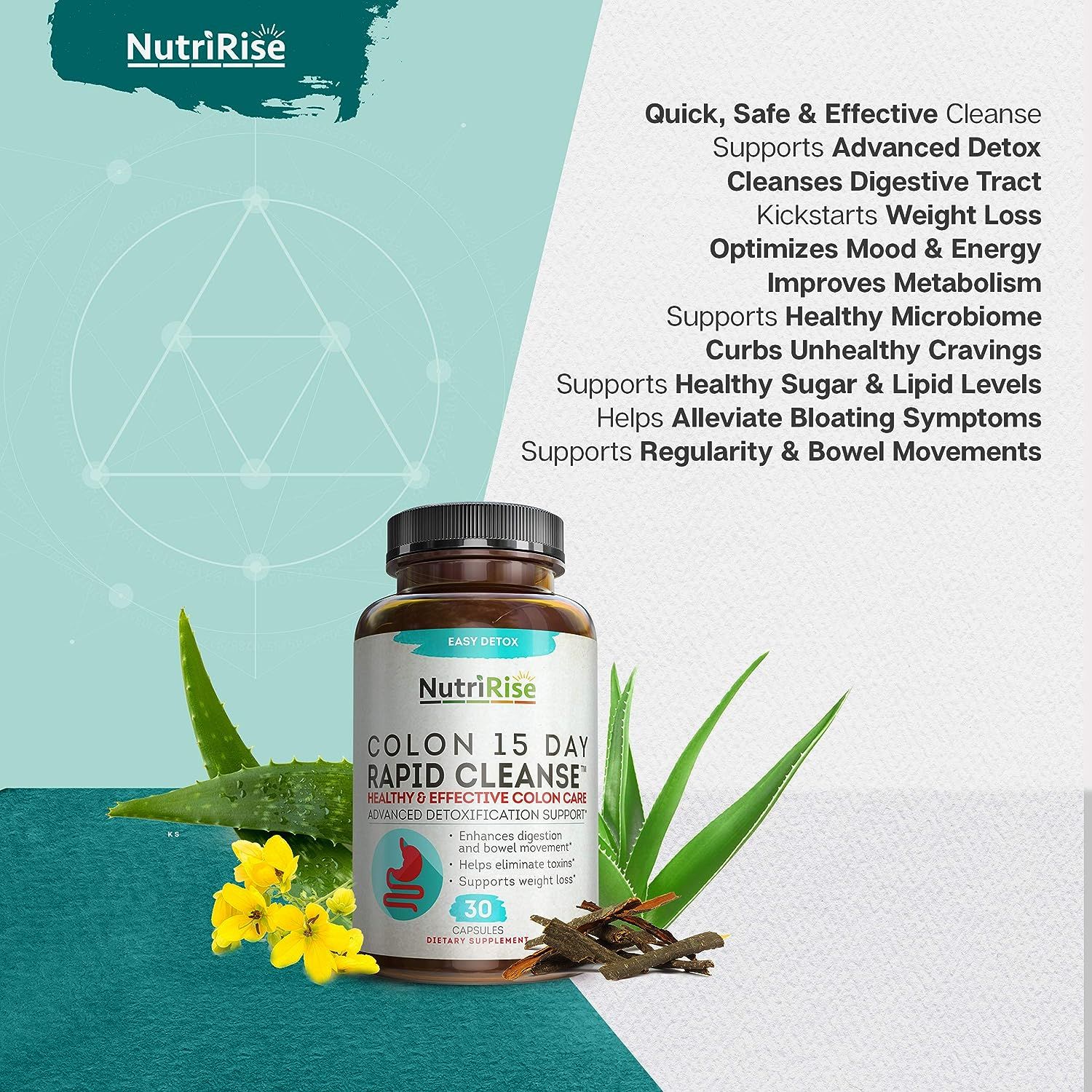 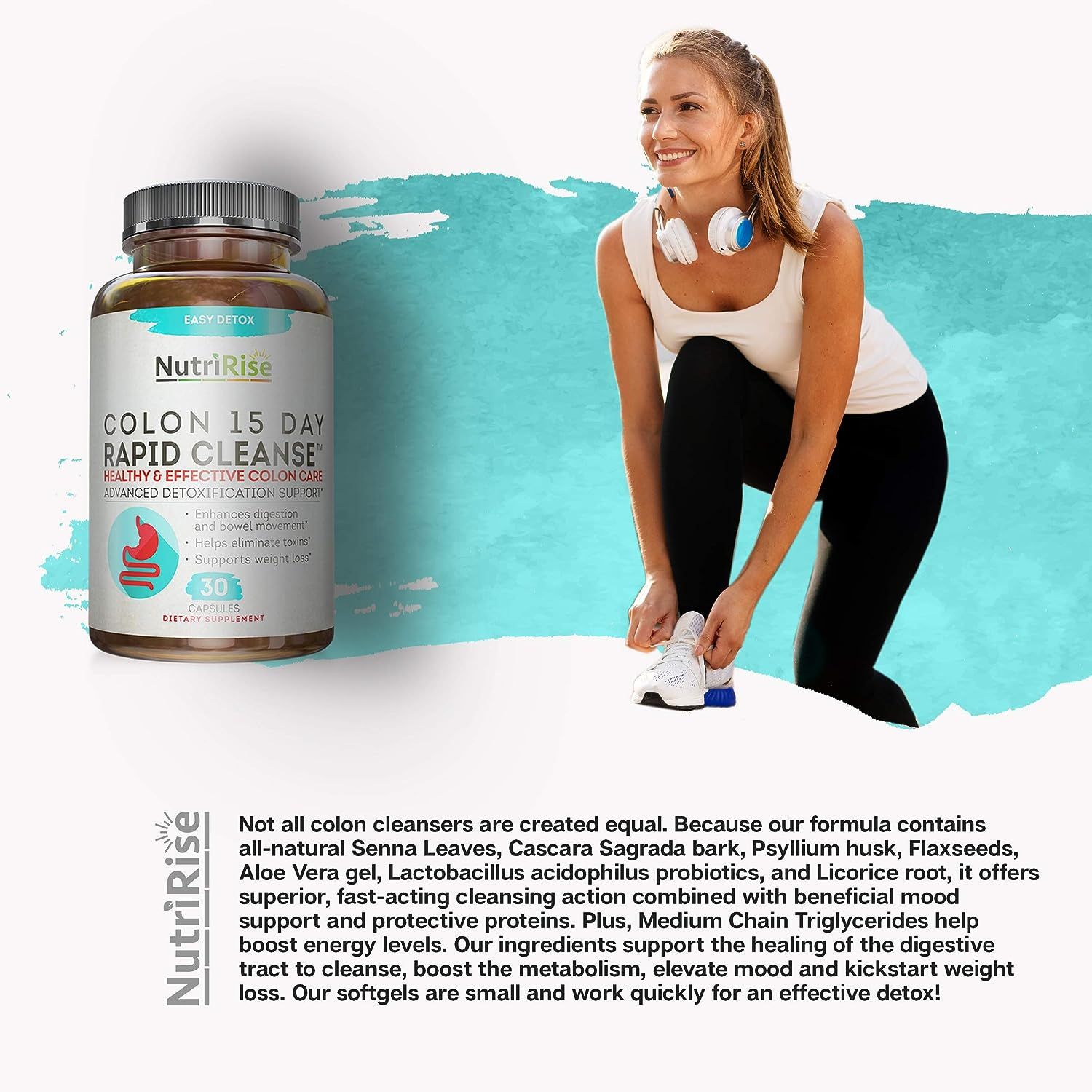 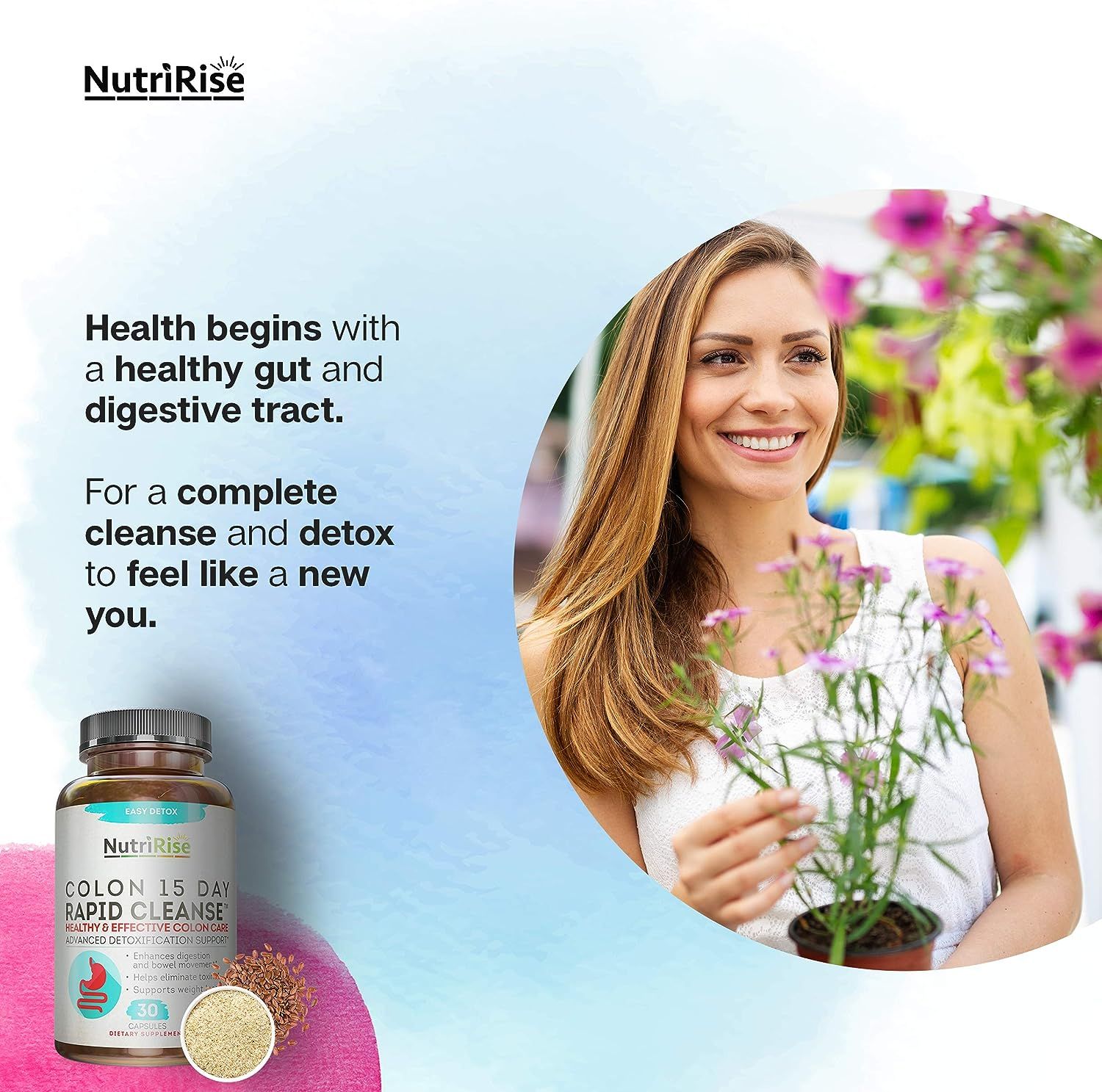 Does your stomach feel bloated after every meal? Do you have trouble losing weight and sticking to a healthy diet? Do you feel sluggish and tired throughout the day? Do you struggle with constipation and irregular digestion? If so, the problem could lie in your colon.

Do you know how much waste your body stores at any given time? Much more than you probably think. You could be carrying as much as 25 pounds of toxins and waste in your colon! Not a pretty picture, is it?

Thankfully, our health experts designed an effective, specialized colon cleanse with probiotics that works within 15 days to help remove the waste, eliminate toxins and support weight loss – without the harsh side effects! Imagine fitting back into your favorite jeans because you no longer deal with constant bloating. Picture your life, not having to deal with constipation or irregularity and being energized throughout the day, with amazing mental clarity to focus on the tasks in front of you. The way you think and feel transforms dramatically when you remove accumulated toxins from your body. Our 15-Day Colon Cleanse provides you with these incredible benefits in two-easy to swallow capsules per day!

The Many Benefits Of Colon Cleanse – Backed By Science

Cascara Sagrada is a small tree native to the United States and Canada. Its reddish-brown bark has been used for centuries as a laxative. It contains components that increase bowel movements by increasing movement through the intestines..Senna is a native plant to Saudi Arabia, Egypt and Yemen, and it is extensively grown in Pakistan and India. It is used as a medicinal herb to treat intestinal conditions. Bioactive compounds from Senna promote movement of the large intestine and draw water and electrolytes into the colon for softer stool. *

Psyllium husk is a form of fiber with limited digestibility. However, it acts as prebiotic because your friendly gut bacteria can use it as an energy source. Psyllium husk can also retain water in the small intestine, which is helpful in the treatment of constipation.Flaxseeds, also known as linseeds, are considered a functional food. They are rich in polyunsaturated fatty acids such as alpha linoleic acid and omega-3 fatty acid. They are also high in soluble fiber and compounds that support microbiota growth. *

Aloe Vera is a plant with multiple health benefits. It has been evaluated in several clinical studies, and found helpful for several health conditions. It is also known for its hair and skin benefits. Aloe gel is extracted from the leaf and is the most used in human treatments. Aloe Vera has been recently evaluated in the treatment of bowel conditions, as it is able to help reduce sensitivity by influencing immune responses.Licoricehelps support health bowel movements and helps protect the lining of your intestine. It keeps harmful bacteria from sticking to your intestinal wall. *

Probiotics are friendly microorganisms that offer you health benefits when taken in adequate amounts. Their benefits include the prevention and support of diarrhea, and regulating bowel movements and improving stool consistency in constipated individuals. Most probiotic strains evaluated on constipation are from the genus Bifidobacterium and Lactobacillus. They produce organic acids like lactic acid and acetic acid, which lower the pH of the colon and reduce colonic transit time. Moreover, prebiotics and probiotics work together to increase bowel movements by increasing the speed of waste through the colon. *

Medium Chain Triglycerides (MCT) may cause a negative energy balance, leading to weight loss through increased lipid oxidation and energy expenditure. MCT has a wide variety of benefits, and it not only supports weight loss as it is useful in improving mood and working as an energy source, which are necessary while doing a colon cleanse. *

Our 15-day fast-acting colon cleanse formula contains the maximum power of natural herbs like Senna, Cascara Sagrada, Psyllium husk, Flaxseeds, and much more. Plus, Lactobacillus acidophilus to support your gut microbiota and change your health for good. *

Our Colon Cleanse is manufactured without any harmful fillers, additives, binders, or chemicals. We also work hard to minimize, if not completely eliminate, GMOs from our supply chain to ensure product safety while protecting our resources and moral responsibility to our valued customers. *

At NutriRise, we understand that dietary supplements, such as those sourced from foods, can cause allergic reactions because they either consist of ingredients derived from high-risk allergenic foods, such as soy lecithin, or due to cross-contamination from encounter with allergenic ingredients during the manufacturing process. For that simple reason, although it is not mandated by the FDA, we test each and every lot of raw materials and finished products to ensure they are 100% allergen-free before they are brought to the market. *

Proudly Manufactured In The United States of America:

At NutriRise, we believe you deserve the best. Customer safety is our highest priority. That’s why all of our supplements are manufactured in an FDA-Registered, GMP-Certified facility in the United States. All raw materials and finished products are tested in the United States.

All of our products are tested four times throughout our supply chain. Once, when we receive raw ingredients, again during manufacturing, with further testing on finished products. Our products are also third-party tested by an unbiased, independent organization. This approach ensures our products meet exacting specifications, and that they are safe. In addition, each and every product has an allocated lot number, batch number and expiration date printed on the bottom of the bottle for traceability and transparency – in fact, you can request a COA (Certificate of Analysis) for each product to learn more.